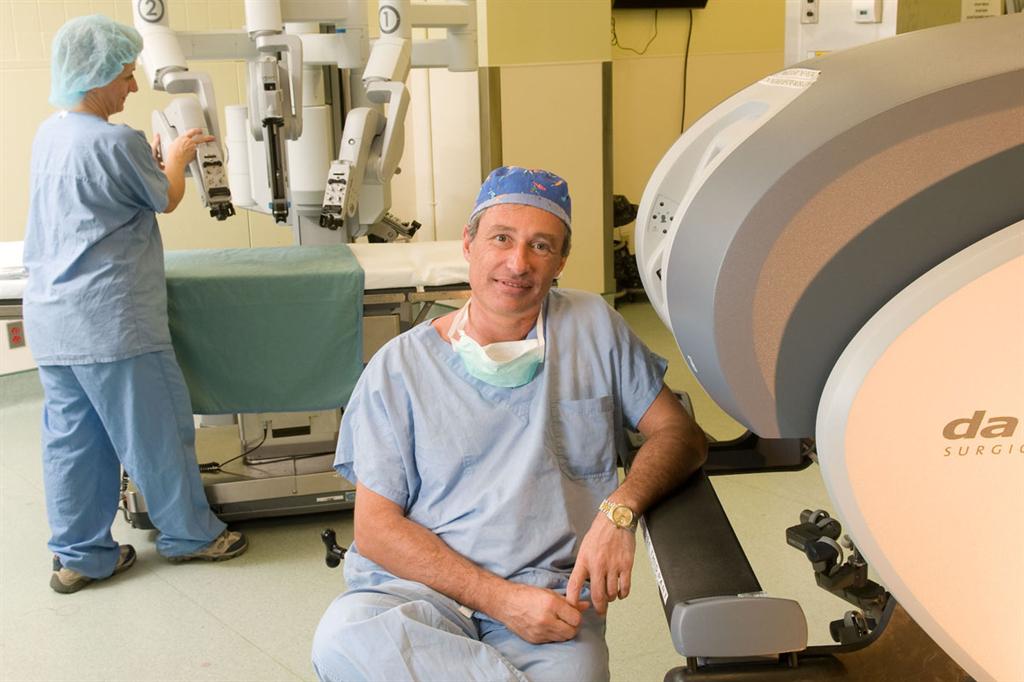 Dr. Walter Gotlieb, Chief of the Gynecologic Oncology Division of the Segal Cancer Centre of the Jewish General Hospital, with the da Vinci Surgical System. 2008.

Minimally Invasive Robotic Assisted Surgery is performed through small incisions on your abdomen. It uses a special computer with robotic arms. The new system is called da Vinci. Its robotic hands are steadier than those of a human which reduces human error in comparison to traditional surgical procedures. Those arms also possess seven degrees of freedom or movement compared with a human arm’s four degrees – up, down, left and right. This enables the surgeon to operate with much greater flexibility. 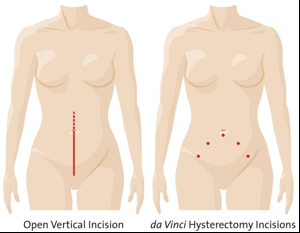 Once you have been put to sleep, the doctor then makes 5 to 6 small incisions. Your abdomen is then filled with gas so that the pelvic organs are easy to see. The doctor places the surgical tools through the small incisions and connects these to robotic arms. One contains a camera, which lets the doctor see inside the body. The other arms have the surgical tools. The doctor then controls the robotic arms from a computer to do the surgery. This allows the doctor to have more precise hand movements. It is important to understand that the robot is not performing the surgery. The robotic arms are only able to move when controlled by the doctor. At the end of the operation, the uterus and some of the other tissues are removed through the vagina and the upper part of the vagina is closed.

What are some of the benefits?

Having a few small incisions is much easier than a long incision. The biggest benefit is that you will have a faster recovery. You will be able to return to your normal activities more quickly. Other benefits include :

What are some of the possible complications?

In general, there are less complications than with an operation with one long incision. However, any surgery has some risks. Although they do not happen often, it is important for you to know of the possibilities. These include:

There is a small chance that the surgery cannot be finished using only small incisions. If this occurs, a longer incision will be made to complete the surgery.

(Please note that information from the following listed websites should not be considered as medical advice. It is not to be used in place of a visit with a doctor, nurse or other healthcare professional. If you have questions about your individual medical situation, please consult with your health care team.)