During the COVID-19 pandemic, important updates or information about changes that affect CIUSSS West-Central Montreal's sites, programs or services will be posted on our website.

News from the PMH team

online! It is entitled: "Maternal mental health moderates the relationship between oxytocin and interactive behavior."

Simcha presented the topic of her doctoral disseration at the JGH Psychiatry Student Research Day. 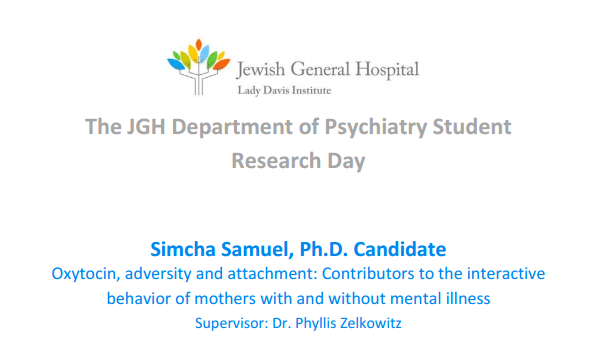 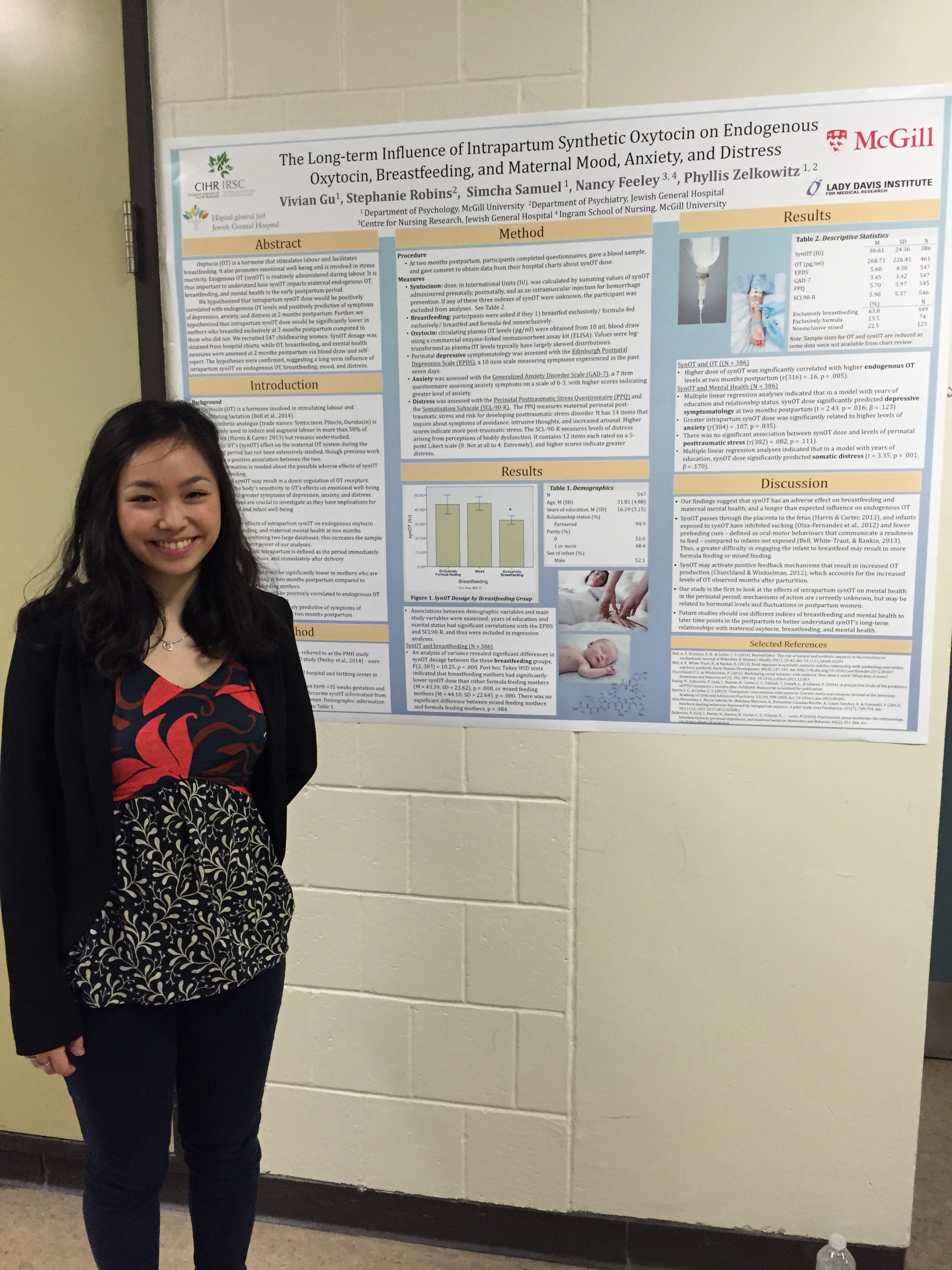 Our lab received a specially commended prize from the CIHR’s Institute of Human Development, Child and Youth Health (IHDCYH) Talks Video Competition! Watch the video below to learn more about the science of motherhood.