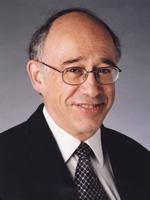 Dr. Gordon, 75, died on April 11, 2018, after a brave fight against cancer. After joining the JGH in 1974, he became known for his wicked wit and, above all, his compassion for the patients in whose lives he made such a significant difference.

A Canadian pioneer in colorectal surgery

Genetics of colon and rectal cancer.