CIUSSS West-Central Montreal has suspended some services due to the coronavirus (COVID-19). Please check the latest update to determine whether your site or program is affected. 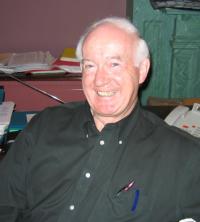 Dr. MacDonald is interested in a variety of issues in Palliative Care including poor symptom control and ethical considerations in end of life care. His research focuses on evaluating novel nutritional therapies for their effectiveness in combating cancer cachexia. He is the study chair for a study to evaluate IMN 1207, an Immunotec product (whey protein) versus casein in the prevention of cancer wasting. In addition, he is collaborating with the Department of Pulmonary Medicine at the Sir Mortimer B. Davis-Jewish General Hospital to study the impact of cardiovascular drugs on response to therapy and prognosis of patients with advanced lung cancer. He is also co-investigator on the research projects initiated by members of the Cancer Nutrition-Rehabilitation Program. Dr. MacDonald has been the recipient of a number of awards including membership in the Order of Canada and an honorary degree from the University of Calgary.